Where to Stake NEAR Protocol?

With the news that NEAR Protocol has raised $350 million in a funding round led by Tiger Global, people cannot wait to search for a new opportunity on NEAR Protocol. Some may choose to stake NEAR to earn a profit. The guide will try to tell you everything about NEAR Staking, including where and how to stake NEAR protocol.

What Is NEAR Protocol?

NEAR is an open-source and decentralized development platform. It is a sharded, proof-of-stake, layer-one blockchain that is simple to use, secure and scalable. NEAR is the native token of the NEAR Protocol. It can be used to store data on the platform as well as for transaction fees. NEAR owners may also use tokens for staking. This allows them to become transaction validators and contribute to network consensus.

How Much Can I Earn When Staking NEAR?

Today, NEAR staking pools are holding approximately 200 million NEAR tokens, so if you Stake 200 tokens (representing a share of 0.0001% of the total staked) you could receive ~45 newly generated tokens over one year, or 0.0001% of the ~45 million tokens minted by the network as inflationary rewards.

However, as is common with Proof of Stake Networks, as the network matures and more people become familiar with it, the total amount of staked tokens will increase. This means that while today's Staking rewards are split between a pool of 200 million tokens, in the coming weeks, months, or years, that total amount of tokens staked could be as much as 600 or 700 million or even the full 1 billion NEAR tokens in existence. Of course, there is no way to tell what the future will bring so we can only provide these calculations to explain how the protocol works at the technical level and can not guarantee that it will not change in the future. In theory, if 800 million tokens were staked instead of 200 million, you would receive ¼ of the number of rewards as you would today with only 200 million tokens staked.

Where Can I Stake NEAR Coin?

According to the NEAR official guidebook, the wallets that support Stake NEAR Coin are the official NEAR wallet and Moonlet's Wallet. Also, you can use Dokia Capital Staking application to stake NEAR Coin for passive reward.

How to Stake NEAR with NEAR Wallet?

Using NEAR Wallet to stake NEAR is easy, the steps are as followed: 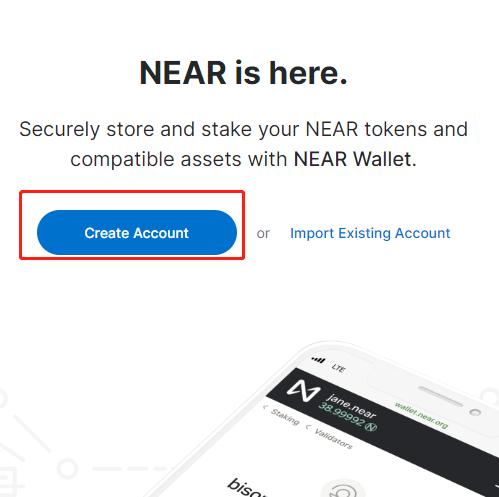 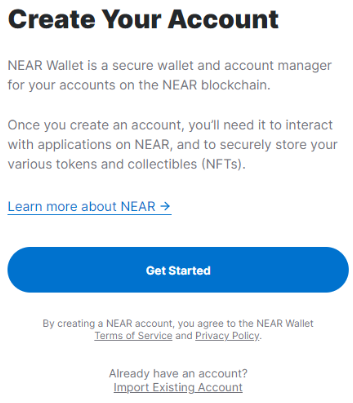 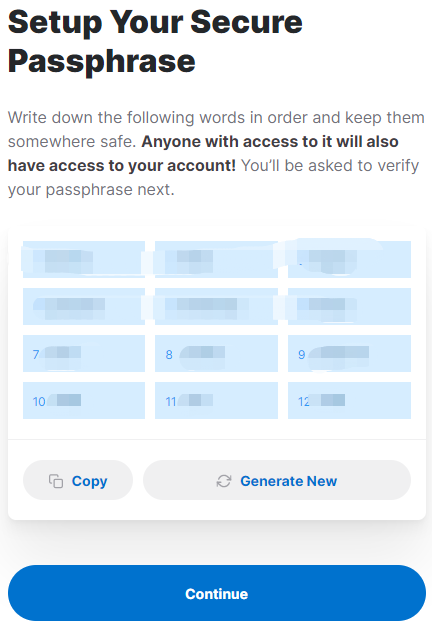 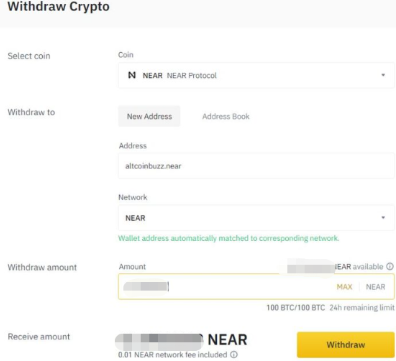 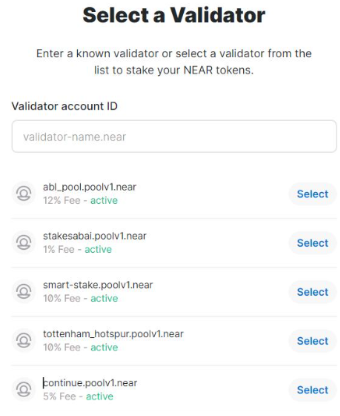 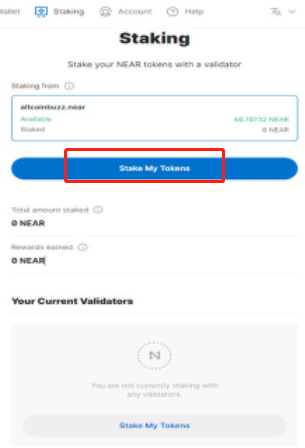 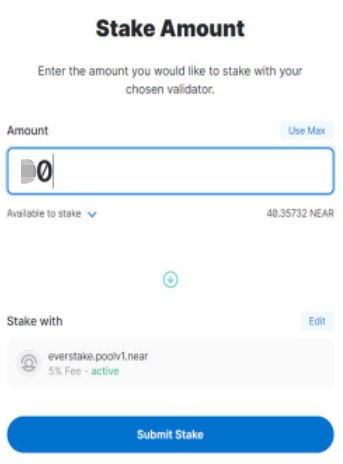 Also, You will notice each validator has a "Pool Fees" amount listed. This % is the amount of fees the Validator will keep to manage their operation. For example, if 100 token rewards are created, 10% of them will be kept by the validator and 90% will go to the token holders that staked to that Validator. That said, Zero fees are not always good. Being a Validator requires time from qualified professionals operating high-quality infrastructure – which is expensive to maintain. Also, Validators can change their fees at any time, so make sure to keep an eye on the fees in your pools and join Validator's community chats or mailing lists for updates.

How to Stake NEAR with Moonlet Wallet? 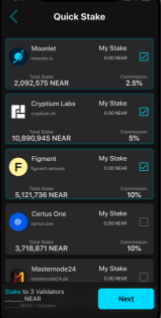 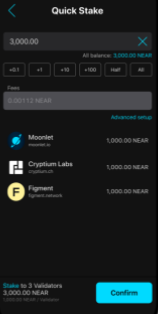 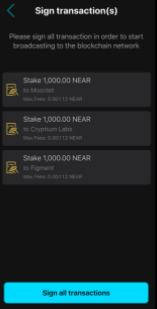 How to Stake NEAR on Dokia Capital?

Dokia Capital is a platform that supports NEAR staking. Once you've delegated, you will automatically start earning staking rewards. If you want to stake NEAR on Dokia Capital, click NEAR network, then Click Delegate Now, choose a Validator, and followed the introduction. 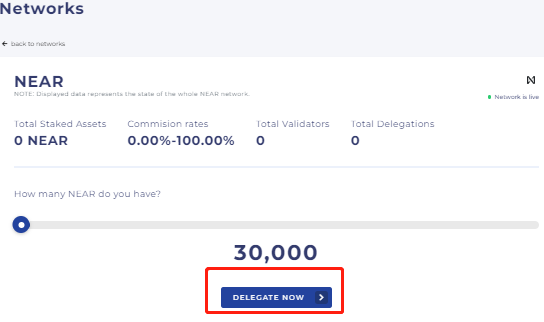 Table of contents
Where to Stake NEAR Protocol?