BitciChain, Turkey's first stock exchange and payment platform integrated blockchain network, is being developed by Bitci Teknoloji. With BitciChain you can create tokens and smart contracts. BitciChain is optimized to provide companies and institutions with the best blockchain adoption.

What Are the Main Features of Bitcicoin(BITCI)?

Who Are the Founders of Bitcicoin(BITCI)?

Founding member Çağdaş Çağlar is an experienced entrepreneur and businessman who has been working in blockchain ecosystem, end-user products, construction, energy and many sectors for many years. Bitcicoin team is established of a decentralized structure where the responsibilities are distributed between different levels of the company. It consists of people who come from software engineering, project management, business development, banking and finance compliance infrastructure. Bitci Teknoloji A.Ş. is supported by a strong advisory board with experience in internet platforms, end-user products, design and software development, crypto assets and blockchain technology. Our team works together with professional and academic organizations consisting of Turkish businesspeople, blockchain academics, financial consultants and entrepreneurs. 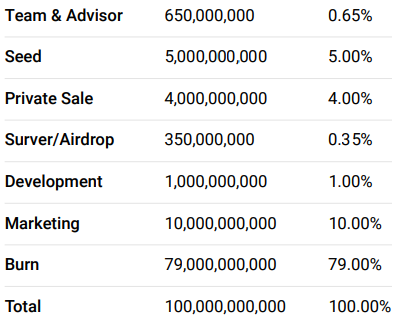 Bitcicoin is the main coin of Bitcichain network. The value of the currently offerred and future token projects on Bitcichain will determine the value of Bitcicoin. Bitcichain projects are also digital assets traded on the Bitcicoin market, and transactions are made on a platform that creates a competitive environment for Bitcicoin increasing its reach and value as well as its usability, functionality and volume.

Where Can I Buy Bitcicoin(BITCI) Token?

Startup Free Offering on Gate.io
251
This Bitcicoin(BITCI)Startup subscription is a free subscription, and will not deduct the users' participation funds at the end of event.
Listing