Magic Craft is a Massive War and Conquest Play-To-Earn Multiplayer game launched on Binance Smart Chain, with an advanced guild system, taxes, and economy. Players may team up with each other and build clans to fight other clans on the platform.

In the Magic Craft world, there are powerful castles built by the elders. Every week, your clan needs to show its valor and fight with other players' clans to conquer and gain ownership of one of the 7 castles, where the King of the castle receives their taxation.

What Are the Main Features of MagicCraft(MCRT)?

Who Are the Founders of MagicCraft(MCRT)?

James Stock Guru, the founder of MagicCraft, has 66,000 subscribers on YouTube.

The native cryptographically-secured fungible protocol token of Magic Craft (ticker symbol $MCRT) is a transferable representation of attributed governance and utility functions specified in the protocol/code of Magic Craft, and which is designed to be used solely as an interoperable utility token thereon.

$MCRT is a functional multi-utility token that will be used as the medium of exchange between participants on Magic Craft in a decentralized manner. The goal of introducing $MCRT is to provide a convenient and secure mode of payment and settlement between participants who interact within the ecosystem on Magic Craft without any intermediaries such as centralized third-party entity/institution/credit.

Further, $MCRT provides the economic incentives which will be distributed to encourage users to exert efforts towards contribution and participation in the ecosystem on Magic Craft, thereby creating a mutually beneficial system where every participant is fairly compensated for its efforts. 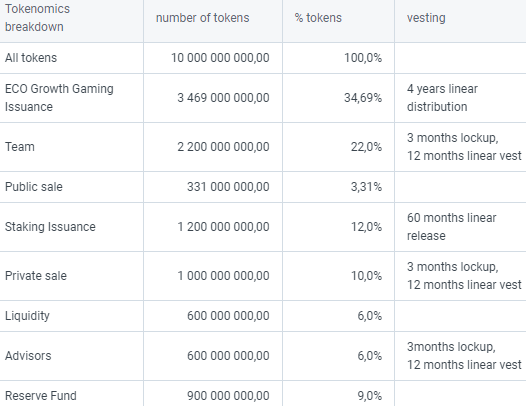 Where Can I Buy MagicCraft(MCRT) Token?

Startup Free Offering on Gate.io
174
This MagicCraft(MCRT) Startup contribution is a free contribution, and will not deduct the users' participation funds at the end of event
Listing